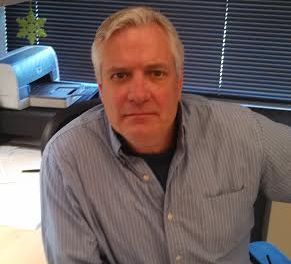 Imagine something were to occur just weeks after the start of a semester, or even half way through. Imagine you were diagnosed with cancer and had to go through chemotherapy, or were forced to have some kind of surgery, or something had occurred in your family. And all of this forced you to miss a class, or two, or possibly many more. How would your professor react? Would they be willing to work with you if you wished to stay in their class, or would they not help you? Is it possible that as much as you would wish to stay in the class, you just can’t because you didn’t receive any form of help from your professor.

I spoke with Professor Hamman, chair of the math department about this, and he said he admires students that have to go through situations like this. He also said that he tries to work with students, because he doesn’t want to force a student out of a class if they wish to remain, if they’re willing to work on it. Professor Hamman said that it’s different when dealing with someone that is in this type of situation than it is with someone that misses class due to being sick. He likes to speak with these type of students personally, he said. He said he posts videos of class sessions online for students to watch and that if he is teaching the same class at different times he’s willing to allow a student to come to the other class. When I asked him if he thought it would be a good idea for a student going through chemo or a family issue, he said that it really depends on the stage of the semester that you’re in. He also said that it depends on the individual and situation that you’re having to deal with.

He knows that when it comes to something like chemotherapy, it tends to affect a person, that it affects the stamina of the student, and that sometimes they have a harder time keeping up. It was then I asked him if he had ever had to deal with one of these types of situations. He said that he has had students that attempted to complete the semester, but that it doesn’t always work. On some situations it might have been better for the student to do a medical withdraw,and focus on themselves, he said.

Dr. Thompson, Professor of History, had this to say. “My first reaction would be for the student’s health. I’d work with the student to get the help they need and notes they missed, as well as arrange for a make-up test in the assessment center.” According to Thompson, he doesn’t penalize students for missing class. It’s his belief that teachers are there to teach, not police, he said. In fact, as he says in his syllabus for every class, regarding every student, “You will not be penalized for absences…” Thompson told me about a student he had once that had gone through cancer and had missed a number of classes throughout the semester. He said the student had worked hard throughout the semester to make sure that she could pass the class.

If anyone were to visit Thompson’s office they would find a dollar bill on his bulletin board, with a message written across it. Thompson said that he gave that to this student for answering a bonus question correctly on his final, but she had given it back to him, saying that he had done enough for her already. When he was asked to write an essay about what teaching meant to him, this is what he wrote about. When asked whether he thought it would be better for the student to drop the class, he said it depends on the student, how much time they would be missing, and when, as well as the class itself. If the student thinks they can do it, then he would do whatever he could to help. But if they feel overwhelmed by the workload then it would probably be best to drop the class and concentrate on recovery. It all depends on the illness and the treatment, there is “no one size fits all answer” he said.

“So if you do face something like this, never fear you’re alone, there’s always someone who’s going to stand by you.”

So if you’re facing something rough, whether it be severe illness, injury, or family emergency, don’t think your professors won’t work with you. That they won’t understand what you’re facing, that they aren’t willing to help you in some way. They might just surprise you and go out of their way to make sure you do get the help you need. They’ll do what they can to make things easier on you.

Trust me, I know.

So if you do face something like this, never fear you’re alone, there’s always someone who’s going to stand by you. Trust me, I know.