Articles by THE END Writings.

About THE END Writings. (7 Articles)

GOOD MORNING, I am a child of God and a follower of Jesus Christ. I was married November 2015 to my husband, Akim. We have a son, Caleb, who was born August 2016. I enjoy encouraging others through writing. 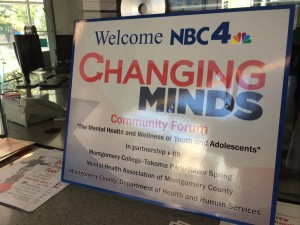 “Advocacy is key,’’ was the reoccurring message at a September 12 mental health forum sponsored by Montgomery College and co-sponsored by NBC4. Held at the Takoma Park/Silver Spring campus, [Read More]

Fall 2014 Writing Workshops series have started, free for MC Germantown students. The workshops are offered in person and also online for the benefit of MC students. Workshops held on Mondays are [Read More]

Thursday May 1st is an imperative day for MC Germantown students. The Student Senate will be holding elections from 11am to 1pm. Curtis Warren will be running for secretary. Warren has been attending [Read More] 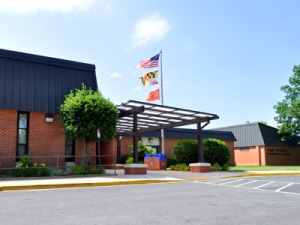 By Thania Requeno Fox Chapel Elementary School is privileged to have staff and volunteers from Montgomery College to organize Reading Corners. These corners exercise student minds and our future [Read More]

By Thania Requeno The Frank Islam Athenaeum Symposia has held many wonderful programs for Montgomery College students and staff. Paul Monteiro was the guest of honor, along with other speakers, and [Read More]

By: Thania Requeno Everyone can see the construction going on between the main campus of Germantown and the globe water tower; but does anyone know about the Raptor’s attempt to go green? Windmills [Read More]

Another semester at Montgomery College is already halfway through. With midterms this week, the student body needs to remember to take a break! Set your notes, flash cards and textbooks aside and [Read More]