At Montgomery College, we shout “Go Raptors!” Raptors are the college’s mascot. They also are amazing and fascinating creatures. So, it is interesting to me that when I asked people around campus what raptors were many answered with something like, “Oh, it’s that dinosaur from Jurassic Park” or “Isn’t it that mythical bird or something?”

The word raptor is derived from “rapere,” a Latin word which means to seize or capture. Raptors are also known as birds of prey.

These birds of prey are carnivorous birds that eat mammals, reptiles, amphibians, insects, rodents as well as other birds. There are many other birds that hunt, kill, and eat meat, but they may not be raptors. There are three distinguishing traits that make raptors different from other birds:

With these traits, does any bird come to mind?

So in order to clear up any confusion about our mascot, here is a gallery of raptor pictures taken by Jean Phillips, a student here on Germantown campus. It is her own watermark on the pictures. Enjoy! 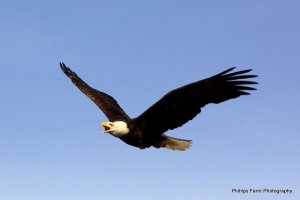 Did you know that just 40 years ago our national symbol was once on the verge of extinction?

Here is a Bald Eagle with a fish in its talons, its staple food. 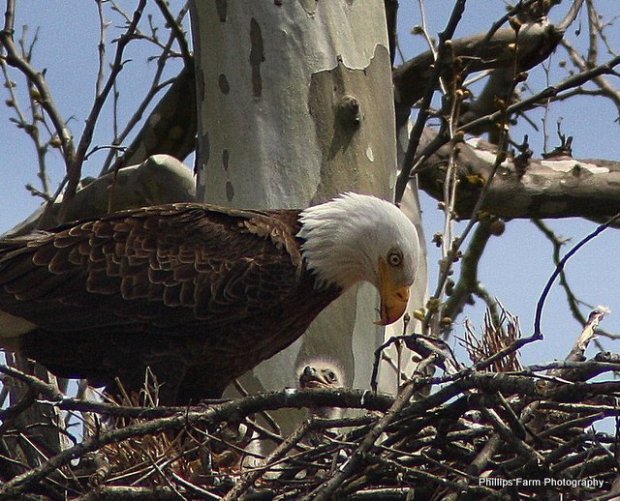 Bald Eagle with baby. Nests may reach 10 feet across and weigh half a ton.

Hawk in Idaho. There are around 270 species of hawks that can be found on all continents except Antarctic.

You can spot Ospreys at the Chesapeake Bay!

The Osprey is particularly well adapted for catching fish. They have reversible outer toes, sharp spicules on the underside of the toes, closable nostrils to keep out water during dives, and backwards-facing scales on the talons which act as barbs to help hold its catch.

The Turkey Vulture forages by smell, an ability that is uncommon in the avian world. 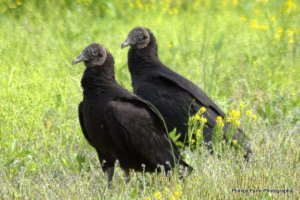 The Black Vulture lacks a syrinx—the vocal organ of birds—its only vocalizations are grunts or low hisses.

Snowy Owls are diurnal, which means that unlike most other owls they are active and hunt during the day and night.

Great Horned Owls are fierce predators that can take large prey, including raptors such as Ospreys, Peregrine Falcons, Prairie Falcons, and other owls. They also eat much smaller items such as rodents, frogs, and scorpions.

Sibling to the other baby Great Horned Owl.

For the last of the pictures, here are two Barred owls cuddling!

Here are a couple of wicked awesome videos about raptors and what they can do!