After rapper Future dropped his latest album Dirty Sprite 2, a sequel to his successful mixtape, the internet blew up with excitement. That release was earlier this summer, but the hype still hasn’t died to this day.

On the other hand, Canadian rap-icon Drake is currently leaving his fan base in suspense as 2015 has been a monumental year for rap. He released If You’re Reading This It’s Too Late in March and it had mixed reviews because it was also released as a mixtape.

It was revealed that he was trying to get off of his contract with Cash Money Records so he dropped a mixtape that was also an album so he could fulfill the contract requirement. Many fans felt that he didn’t try as hard as the other albums released alongside that time, such as Joey Bada$$’ B4DA$$, Action Bronson’s Mr. Wonderful, and most notably Kendrick Lamar’s To Pimp a Butterfly (fans often like to call them rivals).

The fan base basically expects a true album before the year is up. It’s nothing but rumors now but Views from the 6 could drop at any time.

All of this is to say that these two rappers have built up a large amount of hype at the arguable prime of their career. So when rumors began in September about a collaboration between the two, the internet exploded with memes, fan art, and possible album covers. It was advertised as a mixtape, as most collaborations aren’t official and are typically a gift for the fans. Suddenly, all whispers came to a hush as an official website dropped and had September 20th on it.

With a physical date and the internet buzzing with every detail, “What a Time to Be Alive” was set to be a big event with the same acclaim as an actual album. It was going to be produced by the Atlanta legend Metro Boomin, known for working with Future successfully. Even though twitter supplied most of the opinions, I also hit the streets. “I swore it was about to be mixtape of the year,” said Gaithersburg High School senior Antonio Villatores, “Future has been on a hot streak, so this collab is coming at exactly the right time.” 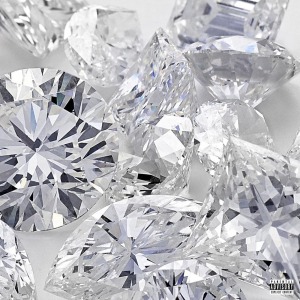 “What A Time To Be Alive” Album Cover

Then came the day of reckoning. I personally refrained from hearing a drop of the tape until I could find the time to sit and listen to it as a whole, which was unfortunately a week afterwards. I had to scroll through my twitter timeline completely oblivious to all references, memes, and dance videos. For most rap releases I check the overall quality from everyday listeners on twitter, and then I check the hard-hitting rap critics’ reviews in the next couple of days.

The people loved it; exciting and hard-hitting club beats from Metro Boomin, lackadaisical and smooth flows from Drake, and the usual auto-tuned croons from Future. They weren’t looking for their favorite rapper’s usual lyrics; they knew it was music to turn up and they treated it as such. A viral dance tried to surface from the standout song “Jumpman.”

As I somewhat expected the critics were singing a different tune. Pitchfork gave it a 7/10 and what I thought was the most un-bias review. From a musical standpoint the two artists definitely underachieved; the shock-value radio hits were somewhat lazy.

So evidently the project wasn’t up to par with their previous hot streak, but that didn’t stop What a Time from becoming number 1 on the Billboard 200 charts. Chalk it up however you want, perhaps their combined star power was enough to overlook some of the mediocrity.

Now was the time for my listen. I would give it the same grade as the staunch rap critics as well, but that’s only a grade for the project as whole. I particularly enjoyed the tracks “Diamonds Dancing” and “Scholarships”, as Metro Boomin continues to impress with his record-producing.

The critics gave most of the credit to him as well, since his beats give the 11-track tape life. Surprisingly when I gave the mixtape a listen the hype had already died down. I didn’t see a single tweet relating to song lyrics or any rap debates. Had the community added the tape to their library? Or listened to it once and discarded it? After some hitting acclaimed rap news’ sites such as 2DopeBoyz I had discovered that album sales plummeted 71% from the first to second week.

A first to second week plummet is a regular musical phenomenon, but this percentage was for the record books. As I pondered it I realized it had little to do with the tape’s popularity. As streaming has to be taken into account, record sales may never be the same again. The “old way” of predicting and measuring music success is changing rapidly, and soon Grammy’s may even be distributed differently. How is this change in the music going to affect new artists and current ones going forward?