Although International Women’s Day is celebrated March 8, the display of student essays commemorating womanhood was on display for the entire month of March. 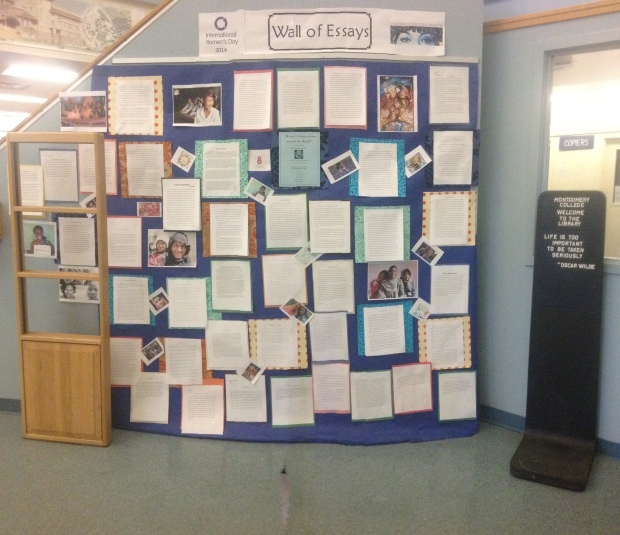 Students covered topics such as treatment of widows, rights of women in international countries and the hardships of motherhood

Shalia was not reunited with her daughter until 11 years later.

Glory Malonda, a woman from the Democratic Republic of Congo described her life as a woman in Africa.

“The legal system and the society does not support women’s right to be respected and develop themselves professionally, financially and academically,” Malonda said.

Christopher Nadasi, one of the few male authors on the wall shared his views on the treatment of women in his home country of Cameroon. Nadasi says that although International Women’s Day is celebrated every March 8, violence and discrimination against women in Cameroon has not subsided.

In contrast, an anonymous writer from Cameroon described the yearly International Women’s Day festival as her warmest childhood memory.

She remembers this day as a time for females come together to share personal stories on violence.

“On March 8 females come together to share personal stories and relevant educative information on violence. I learned too much from those women growing up.”

The Wall of Essays is a celebration of the struggles women encounter regardless of their ethnicity.